One of the most advanced blenders on the market, the Vitamix is no stranger in the professional kitchen, but the Ascent 3500i has also been designed with the home consumer in mind.

While it’s a sturdy and somewhat heavy piece of kit, its range of functionalities is enough to make you want to forgo any other gadget in your kitchen. Given its power – 1200W – it’s not too loud, either.

The blender’s sleek touchscreen interface is easy to use and clean, as is the large speed dial which switches between 10 speed settings (one of the widest ranges of speed settings we encountered when testing blenders).

At its most basic, the blender whipped up an impressively smooth and well-mixed smoothie from a selection of vegetables, and its variable 10-speed dial helpfully communicated how long we had been blending our tester mix for.

The Vitamix allowed us to exercise complete control over exactly what consistency we wanted, plus worked just as efficiently with frozen fruit and vegetables.

This wide range of options can all be achieved with the same blender and blade, but you also have the option of replacing the blender with a series of self-detect blending bowls and cups. The blender will then intuitively adjust the time and speed of its 5 pre-set programmes to suit the relevant container.

If you’re a multitasker in the kitchen, the blender handily comes with a programmable timer which denotes how long you’ve been blending for, plus how much time you have remaining.

It’s also worth noting that the speed of its ‘pulse’ functionality is also controllable – something we hadn’t encountered on other models we had tested.

The lid clips tightly shut, in turn preventing any spillages and the 2-litre capacity Tritan jug is strong and durable, heat-proof, and also thought to be scratch-resistant.

Conveniently, the jug can also be placed with the handle sitting to the left or right, depending on whether you’re left or right-handed. Both the lid and jug are easy to attach and remove.

As an added bonus, the blender also comes with a detailed 98-page recipe book, so you can be sure you’re making the most of this appliance’s wide range of functions. 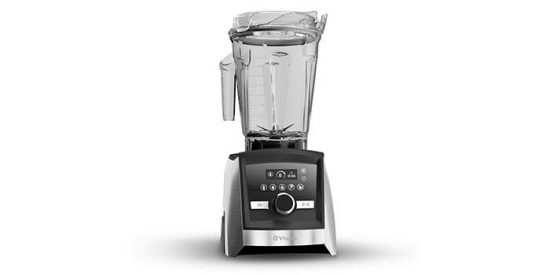 Only logged in customers who have purchased this product may leave a review.

There are no reviews yet.

Quick ViewSelect options
Out Of Stock 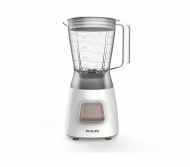 Welcome to Homekits.com.ng , we are glad you're here. Dismiss